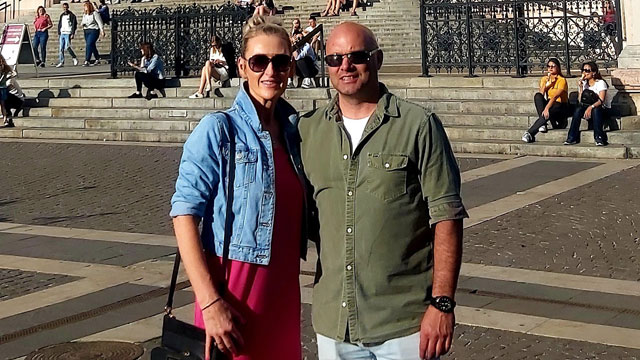 Army Sergeant Lavinia Connell, from Glynwood, Athlone, along with her partner, Company Sergeant Jason Hassett, from  Boherlahan in Tipperary, are hoping their army training will stand to them as they get ready to climb the world’s tallest freestanding mountain, Mount Kilimanjaro, in just over a week’s time. Their self-funded expedition is to honour the memory of Lavinia’s late brother John, whose organs were donated after his untimely passing seventeen years ago. In doing the 5,895 meters climb, their goal is to increase organ donor awareness and to raise €2,000 for the Irish Kidney Association using Facebook’s online fundraising platform.

Gearing up for the gruelling challenge, Lavinia who works in the Medical Corps at Custume Barracks Athlone, and Jason, who is a Company Sergeant in the Transport Corps at The Curragh, are both experienced with physical endurance and roughing it outdoors. However,  never before will they have scaled the magnificent Mount Kilimanjaro venturing through four climatic zones from rainforest to moorlands, alpine desert and in their final climb the arctic region, and all within seven days.

Lavinia said, “through our army training we have built up a good level of physical and emotional strength.  We hope this will stand to us in Tanzania as we face unfamiliar and diverse terrain and high altitude of Mount Kilimanjaro. It’s a comfort for us to know that we will have local guides, organised through travel company Earth’s Edge,  who will help us navigate the territory of Mount Kilimanjaro. We are looking forward to our twelve-day expedition which will include seven days on the mountain”.

“I am so grateful to Jason for agreeing to do the climb with me. He is the best!  I’ll be carrying a photo of John with me to the summit, an organ donor card, and the Irish Kidney Association’s forget-me-not flower emblem”.

In her Facebook post Lavinia, a mother of one, explained how just two weeks before her brother John’s passing that her mother, Marie Connell,  had overheard her son discussing with his cousin his wish to be an organ donor in the event of his untimely death. John was only 24 years old when he was in a motor bike accident which left him on life support for a week before he succumbed to his injuries. Amid their devastating grief,  his family honoured his wishes, and the lives of five people were saved and improved by organ transplantation. The Connells received word through the organ donor coordinator that the recipient of John’s heart was the same age as him. In their sadness, it gives the family comfort to know that their hero John’s heart is still beating in someone else and that man now has a wife and children.

Lavinia stated on her Facebook fundraising page, “We are doing the climb in memory of my brother John to raise awareness of organ donation and the importance of carrying a donor card”. In signing off her post Lavinia poignantly said, “Kilimanjaro will be the closest I will get to you while on this earth John”.