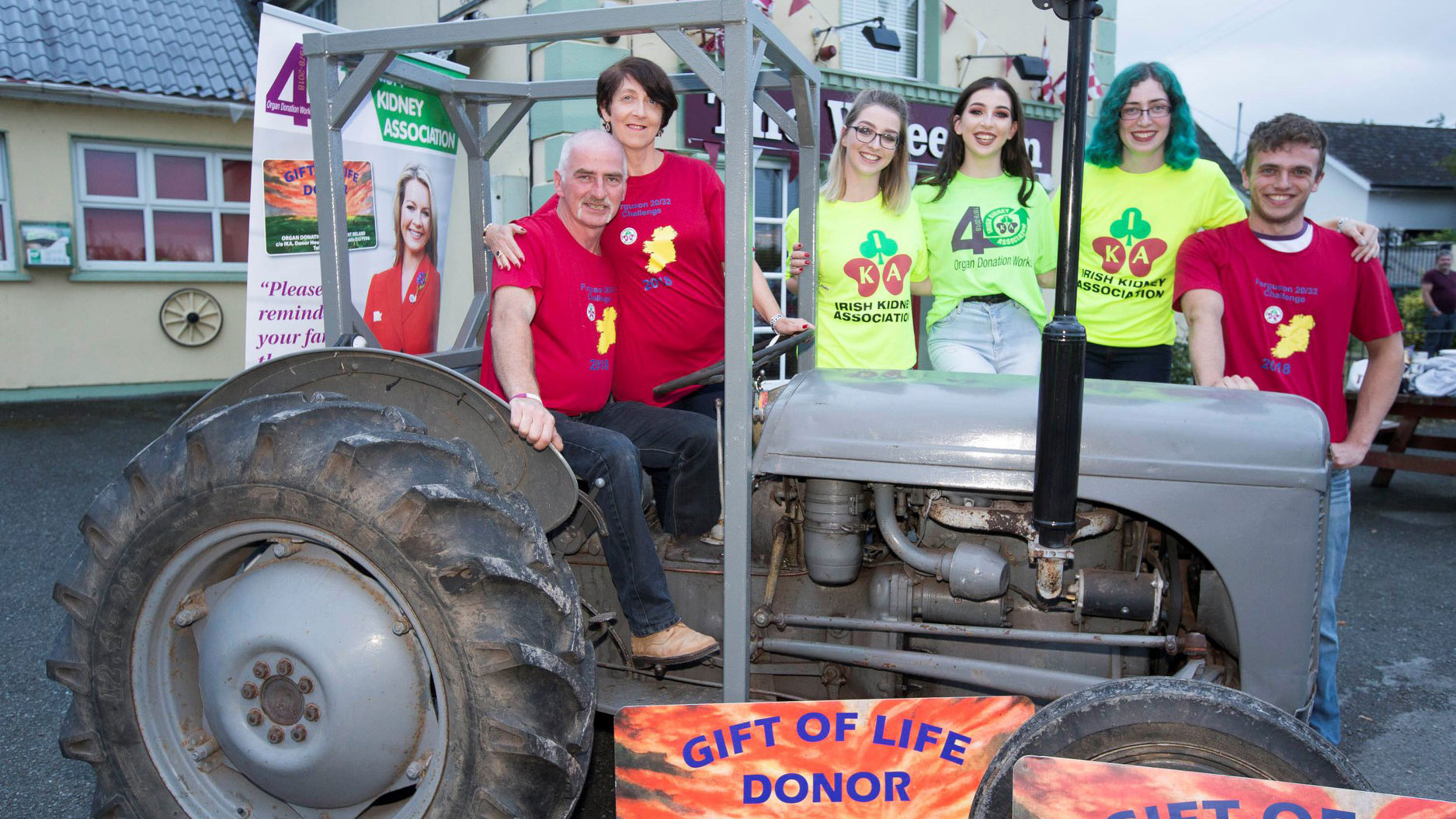 A Kilkenny man who had resolved ‘to make a difference’ after reaching his milestone 50th birthday, motivated by the plight of a relative of his who has kidney failure, has decided to direct his focus towards raising organ donor awareness with the aid of his sixty three year old vintage tractor.

Paul Palmer from Ballyouskill in Kilkenny has committed to raising organ donor awareness and supporting the Irish Kidney Association by travelling through all 32 counties on his vintage 1955 Ferguson 20 tractor.  His initiative entitled ‘The Ferguson 20/32 Challenge’ will take in a journey of close to 1500 kilometres around Ireland.

The tractor, which is 63 years old and lacks the comforts of modern day tractors, can travel at a maximum speed of 25km per hour. Paul, a self-employed builder has built a wagon akin to a ‘Shepherd’s Hut’ which will be towed along and will provide a place for him to rest, refuel and refresh after his slow daily travels. Paul’s journey will head south first and plans to take in a friend’s wedding in Charleville in Cork on 2nd August before he makes his way around the rest of Ireland including the six counties in a self-funded expedition which is expected will take over a month to complete before he reaches his final destination, his local village Ballyouskill.  Paul is confident that while raising organ donor awareness that he will enjoy the warm hospitality of communities and individuals along his journey and that they will allow him to pitch up his tractor and wagon on private land including farmland.   He will be distributing organ donor cards and be photographed in towns and villages he passes through and will share his experiences along the way on social media including the Facebook page, ‘The Ferguson 20/32 Challenge’.

At the launch Paul quipped, “I’m hopeful that my old Ferguson will be able for the challenge and that we complete it before my 51st birthday on 14th September. Sure maybe we will make a special appearance at the National Ploughing Championships which also takes place in September!”

Statement on transplant and donation figures for 2020, future legislation and vaccine reprioritisation