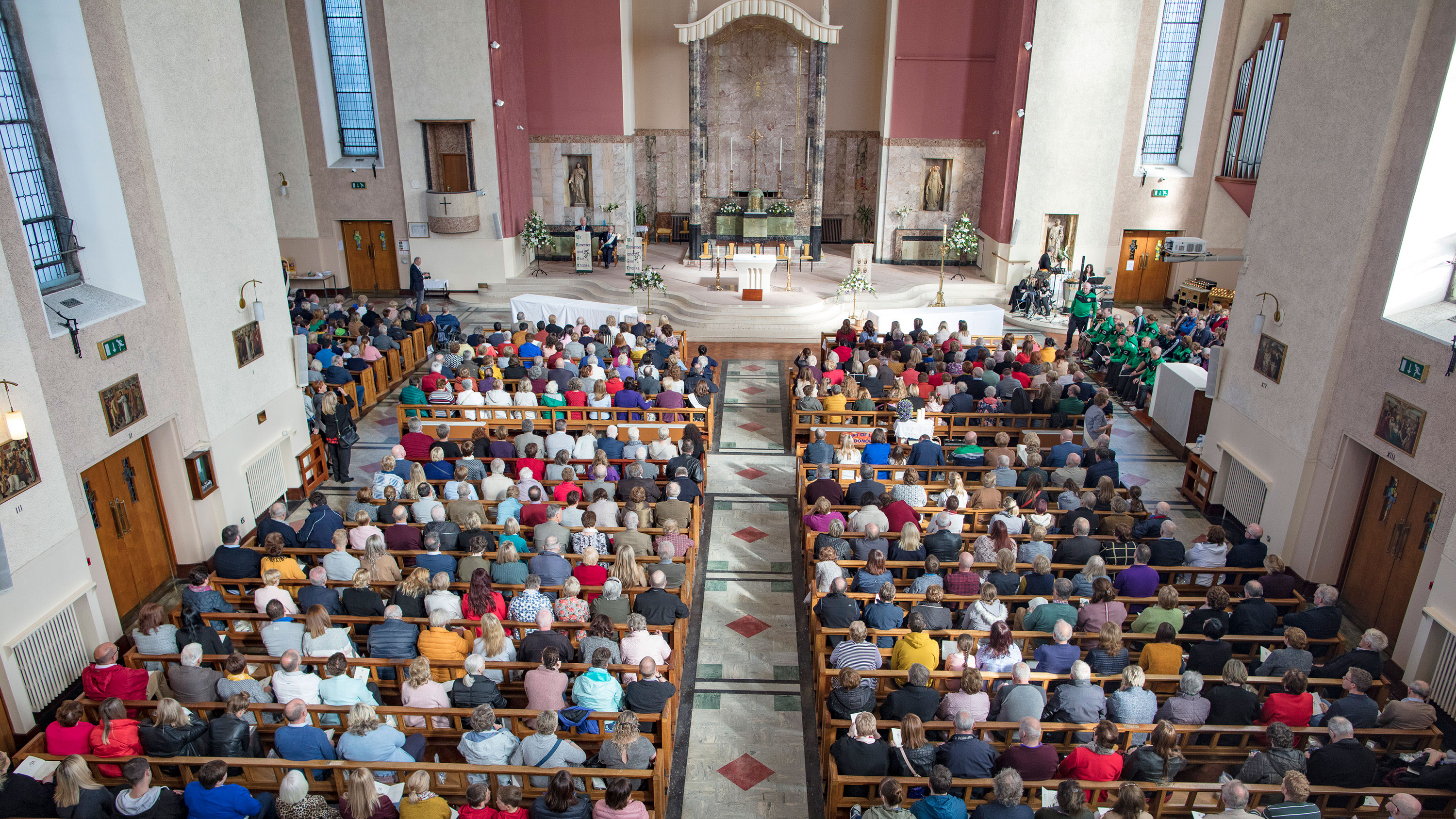 A congregation of over 2000 attended the 33rd Irish Kidney Association’s Service of Remembrance and Thanksgiving at Corpus Christi Church on Saturday 6th October to honour organ donors and their families. At the ecumenical Service were courageous families of deceased organ donors and living donors and grateful transplant recipients of heart, lungs, liver, kidney, pancreas and bone marrow.

This annual event is organised by the Irish Kidney Association, and this year the charity organisation, celebrates its 40th anniversary. The inaugural Service, in 1986, had an attendance of 300 people and, since then, the numbers have increased annually and, in recent years, over 2000 people have attended from all over Ireland.

The Annual Service, which is now in its 33rd year, also marks the anniversary of the production of the ‘Book of Remembrance’. This ‘Roll of Honour’ has been an integral part of the Service since its inception inscribed with the names of organ and tissue donors. This symbolic Service is a mixture of sadness and joy for the families of organ donors and transplant recipients alike.  For many donor families this unique Service has become an anniversary to both remember their loved ones, and for transplant recipients, the opportunity to honour and give thanks for the wonderful ‘gift of life’ they have received.

Broadcaster Claire Byrne, the ambassador for organ donor awareness 2018, recited a poem at the symbolic ecumenical Service.  Claire was invited to commence the symbolic ‘Ceremony of Light’ by reading Helen Custer’s ‘A Candle’ to remember those who have died and to commemorate the resurrection of life.

Members of Transplant Team Ireland, who participated in the European Transplant & Dialysis Games in Sardinia and the British Transplant Games this summer also took part in the emotive ‘Service of Light’.

Other symbolic moments in the Service included processions involving organ donor families together with organ transplant recipients bringing gifts to the Altar. Ivan Kinahan from Baldoyle accompanied his son Sam (age 4), who has been undergoing dialysis treatment since he was four months old, to the altar. Carrying the ‘Book of Remembrance’ to the Altar in gratitude to his donor was Transplant Team Ireland member Peter Heffernan from Skerries, Dublin who received a kidney transplant eight years ago.

This year’s Ecumenical Service was led by Archbishop Diarmuid Martin who has participated in the Service many times.  He was accompanied by Monsignor Martin O’Shea, Parish Priest of Corpus Christi Church, Archdeacon Gordon Linney, retired Archdeacon of the Church of Ireland, Dublin and Rector of St Paul’s Glenageary, Reverend William Black, retired Rector of the Parish of Drumcondra, North Strand and St Barnabas and Reverend Alan Boal, Minister at the Abbey Presbyterian Church in North inner city Dublin. All Clergy have faithfully participated in this unique Service for many years.

All images can from the service can be viewed on Irish Kidney Association’s Facebook page.